Find updates and news regarding the reporting community here in our blog. 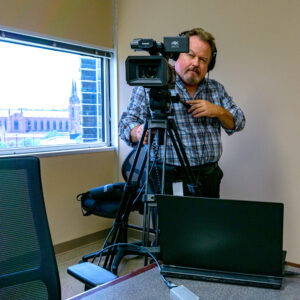 9/11…one day in history that changed our lives forever.

On that infamous day I was on a short-lived deposition in Dallas, Texas

I had traveled by car early that morning from Houston, listening to my music cd’s, cut off from the outside world when I received a call from my wife telling me that a plane had flown into one of the towers of the world trade center.  First thought was a pilot in a small aircraft had fallen asleep or had a heart attack. In that same conversation as my wife and I were talking, the news reported another plane had flown into the other tower…this time confirming that the planes were passenger jets.   Shortly after Defcon 1 had been announced by the President.

As I am arriving at my depo location, I can sense the uneasiness of everyone.

As I am checking in at the law firm everyone is running around in a panicked state.

I am thinking to myself at this point, will the deposition even go forward. There are words being mentioned of World War, Terrorist Attacks…and to add to all this, there are still several passenger jets unaccounted for.

Attorneys that were present for the deposition had relatives that were at the World Trade Center and the Pentagon that morning.  No one was in the mood for a deposition.

As we got closer to depo time, the lead attorney said, “we might as well go forward, considering people had traveled across the country for the deposition.”

We got on the record and started with preliminary questions that are part of the deposition process when suddenly someone walked into the room and hands the lead attorney a note.  Right at that moment the Lead attorney say’s “Mr. Videographer can you take us off the Record Please.”  At that moment he proceeded to tell us that the building had requested that we evacuate the building immediately.

I can’t tell you what I felt at that moment, except I was anxious and scrambling to pack up my video equipment and get out of Dallas and back to Houston.  As I am packing up my equipment, I am looking out the windows of the 40-story building and seeing what looked like little ants (people) scattering out from the bottom of the building onto the streets.  It looked like something out of a science fiction film.

I packed up, got in my car, turned on the radio and listened to the news of one of the most Tragic Days in American History.

Call our office at: